The Most Expensive Spec Scripts of All Time 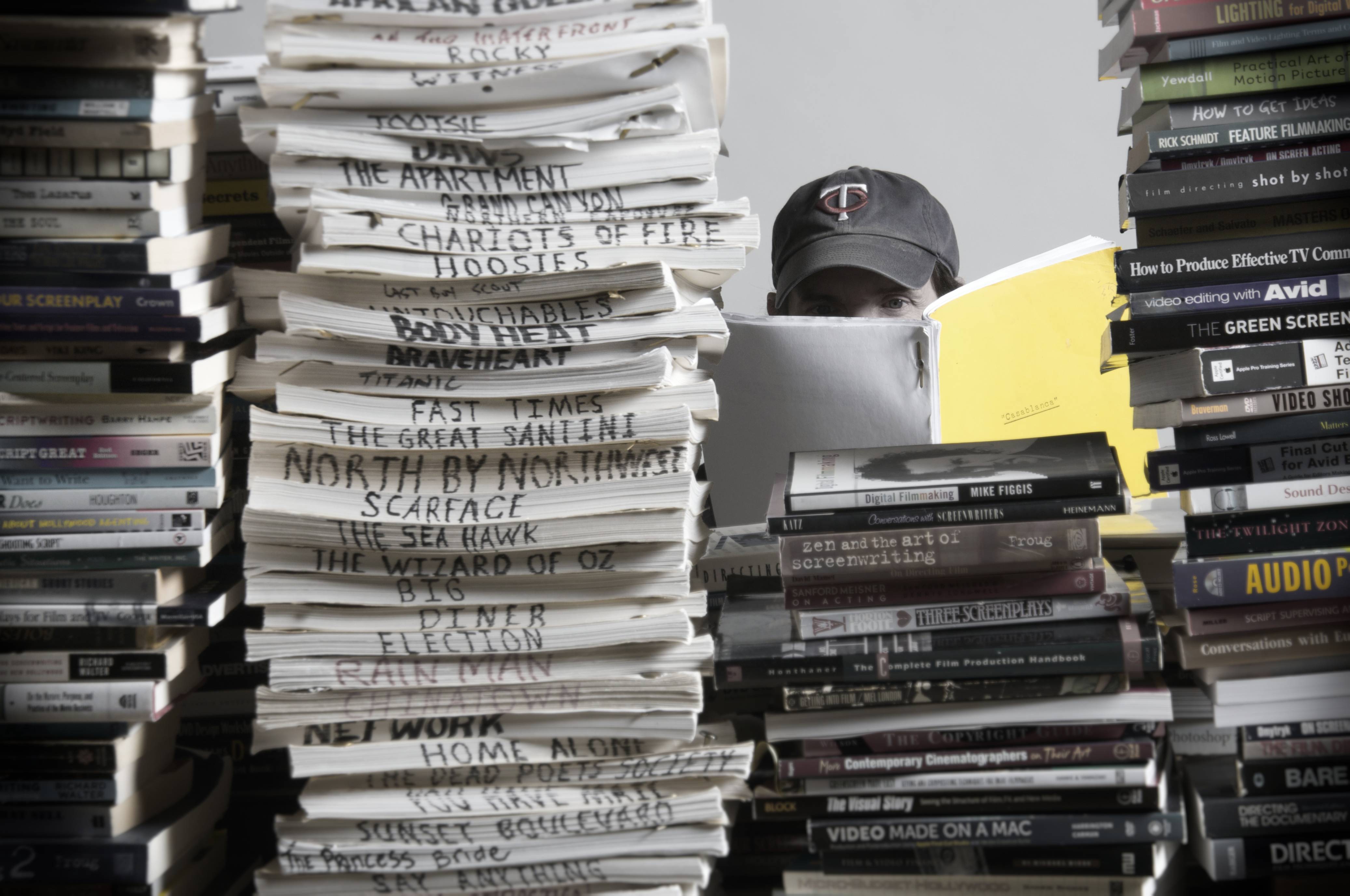 Like any industry, Hollywood operates according to booms and busts. One boom in particular, which lasted throughout the 90s and well into the mid 2000s, was characterized by the rise of the “spec script” – a catchall term for an unsolicited bundle of blood, sweat, and tears intended to set the studios on fire and fetch a fortuitous screenwriter a few bucks in the process.

These days, spec scripts have fallen somewhat out of vogue. Why? It’s a long story, but the short version is this: unsustainable budgets, and a shifting distribution landscape. In other words, we’re in a period of transition.

Hollywood’s still buying, of course – but the rate has decreased. These days, you’re more likely to start a bidding war over a pilot than a feature spec, which in the era of peak TV, is far from a consolation prize (in case you needed clarification).

Still, periods of transition tend to open just as many doors as they close. It’s how Spielberg, Lucas, De Palma and Coppola got in the game back when corporate giants bought the studios back in the sixties and seventies. And with new industry titans like Netflix and Amazon Studios in need of material, the “spec script” is all but guaranteed a second wind.

Until then, here’s a list of some of the highest selling screenplays of all time to whet your appetite. While you’re reading, see if you can spot any common trends (aside from just generally being Shane Black).

To our eyes, many of the films on this list fared rather poorly when it came to return on investment. Whether that also has something to do with the decline in Hollywood’s spec-gluttony is anyone’s guess. 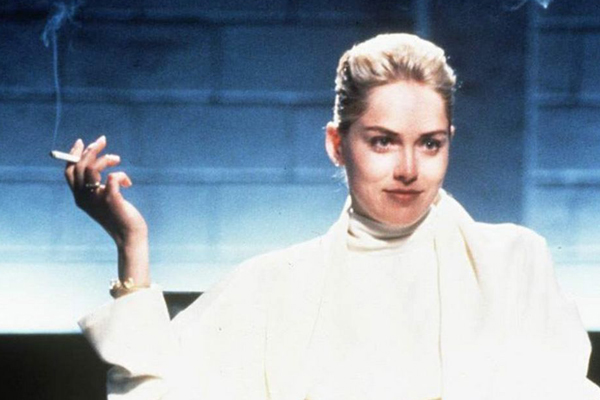 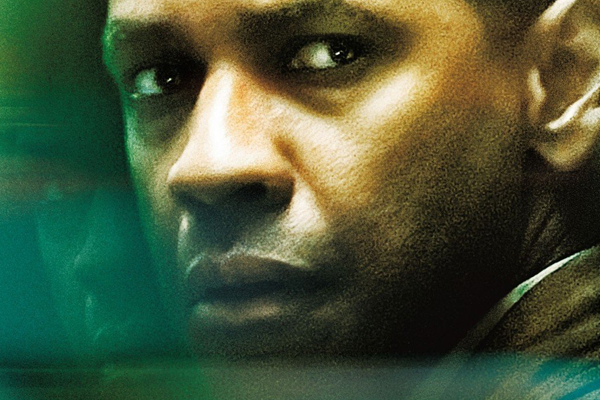 To this day, Déjà Vu remains one of the absolute highest selling spec sales of all time. Written by Bill Marsilii and Pirates of the Caribbean’s Terry Rossio, Déjà Vu features a scifi thriller plot imbued with time travel and a healthy dose of 9/11 paranoia. In some ways, it feels like an endnote in the wave of existential thrillers that permeated the 90s and early 2000s, from Dark City and The Matrix, to Gattaca, Minority Report, and even Memento. The film itself, directed by the late, great Tony Scott, released to somewhat mixed reviews and mild box office success. 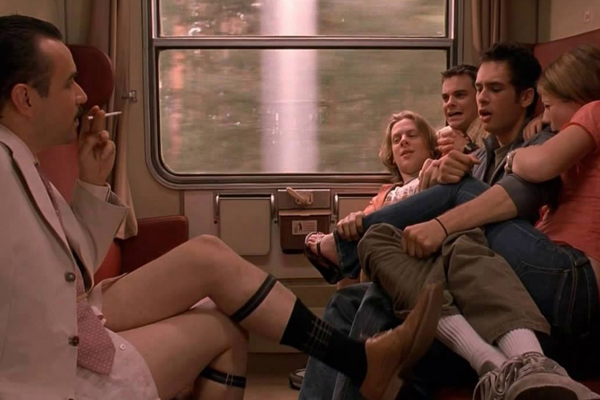 Written by three vets of the Curb Your Enthusiasm/Seinfeld school of comedy, EuroTrip features a merry band of Americans on a pilgrimage across Europe, from London to the Vatican. Think Before Sunrise, only remade as a raunchy R-Rated comedy without all the experimental, real-time shenanigans. The film was hardly a critical darling, and it failed to make back its budget in theaters, though it maintains something of a cult following even today. 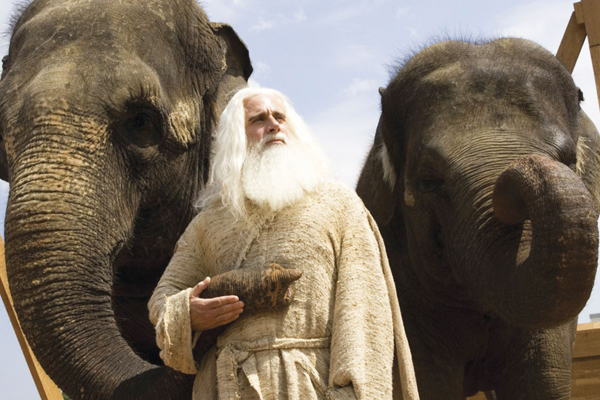 We never asked for this. Then again, given that Bruce Almighty grossed nearly half a billion dollars worldwide, I guess we sort of did. Either way, the success of its predecessor made a potential sequel and hot commodity, which translated to a 2.5 million dollar payday for writer Tom Shadyac. The film itself, a modern retelling of Noah’s Ark featuring Steve Carell, fared considerably worse with critics and audiences, failing to make good on its 175 million dollar budget. 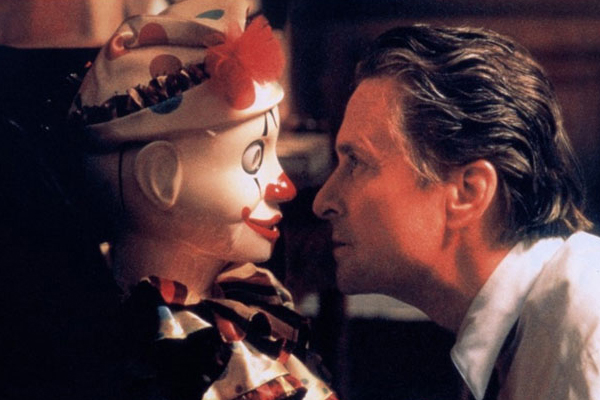 The Game, otherwise known as David Fincher’s most criminally underrated film, was a mild box office success worldwide, though it failed to light a fire with audiences in the same way that Se7en had (though Fincher would rectify that a couple of years later with Fight Club). In any case, the screenplay fetched an impressive two million dollars before lingering in development hell before Fincher eventually came on board. The film centers on a banker, played by Michael Douglas, who finds himself at the center of a deadly, labyrinthine alternate reality game. 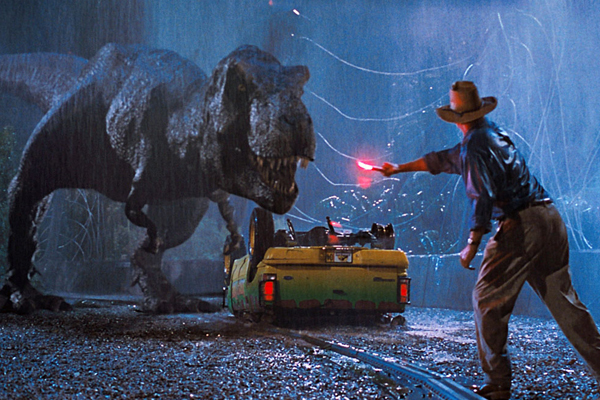 Jurassic Park represents something of a special case among spec sales. Written by the original author, Michael Crichton, a deal for Jurassic Park’s screenplay was struck before the actual novel was even published. Banking on the eventual film’s success, Crichton demanded a percentage of the gross in addition to his fee. And given the film’s massive success, not to mention the behemoth franchise it spawned, it would seem that fortune favors the bold. 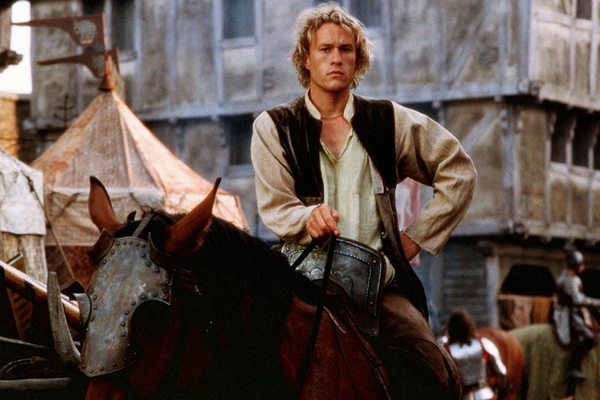 Still buzzing from his Oscar winning script for L.A. Confidential, Brian Helgeland surprised Hollywood with an adaptation of the first story from Chaucer’s literary masterwork, The Canterbury Tales. The eventual film received mixed to positive reviews and decent box office success, and is perhaps most notable these days for the late Heath Ledger’s central performance. 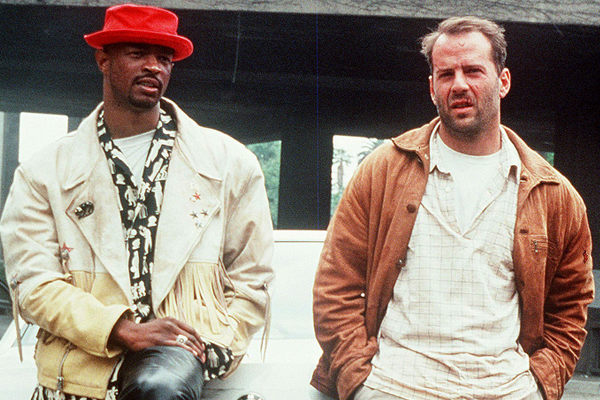 The Last Boy Scout comes from The Nice Guy’s Shane Black, who, at the time, was known mostly for his screenplay for Lethal Weapon. The script, which was the product of a two-year break from the industry following a real-life breakup, fetched 1.75 million dollars – a record at the time. The film stars Bruce Willis and Daman Wayans' as they investigate the murder of a pole dancer (played here by Halle Berry), eventually uncovering a conspiracy involving sports gambling. As fun as that sounds, the film performed below expectations, both critically and financially, 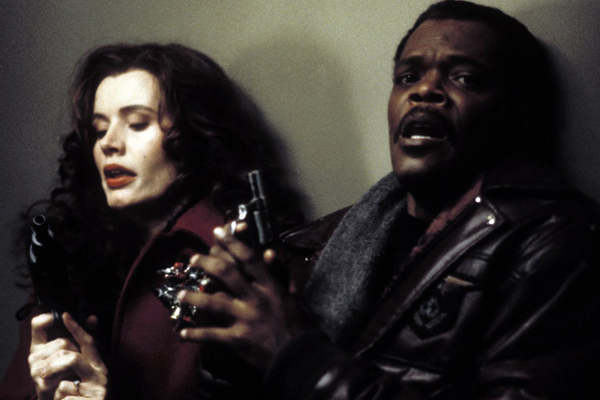 Another year, another stunning spec sale for Shane Black. At the time, Black’s 4 million dollar payday made The Long Kiss Goodnight the most expensive script ever written. Fortunately, the film fared better with critics than The Last Boy Scout, though it lamentably failed to connect with audiences worldwide. The film stars Geena Davis as a suburban schoolteacher who hires a private investigator (played by Samuel L. Jackson) after experiencing a series of seemingly random and increasingly violent flashbacks. To this day, the film maintains something of a cult status amongst fans of neo-noir, which is perhaps part of why there were talks of a television revival a few years back. 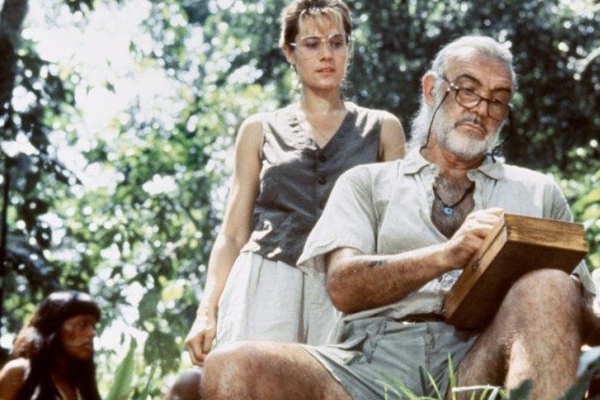 High off an academy award win for Dead Poet’s Society, writer Tom Schulman’s script for medicine man fetched a healthy three million dollars. Starring Sean Connery alongside The Soprano’s Lorrain Bracco, the script follows a biochemist tasked with locating a researcher in the middle of an Amazon claiming to have found a cure for cancer. Perhaps the weakest link was Disney’s choice for director: John McTiernan – better known for high-octane action extravaganzas like Die Hard. Whatever the reason, the film was ultimately panned by critics, and barely managed to recoup its budget. 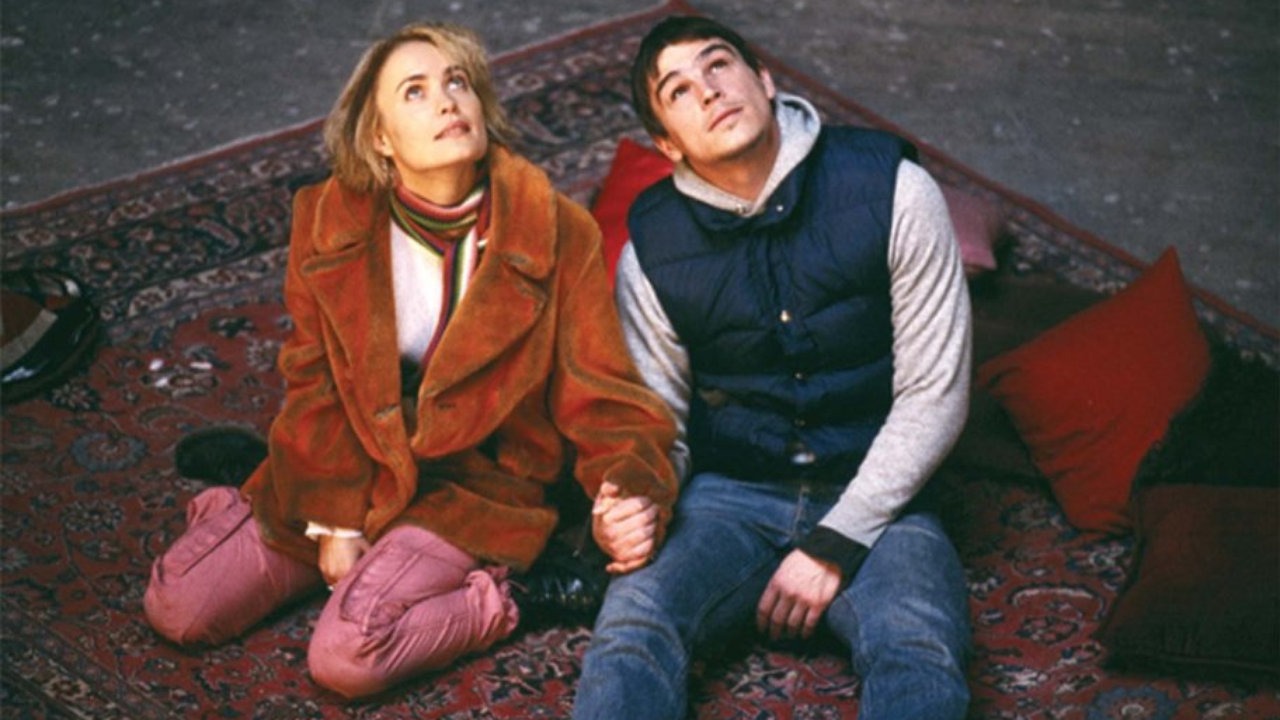 After crafting hits like Rain Man and The Joy Luck Club, Ron Bass decided to take an intimate look at autism in Mozart and the Whale, a love story centered around a man with Asperger’s syndrome. Thanks in part to Steven Spielberg’s initial interest in the project, Bass found himself on the winning end of a 2.75 million dollar paycheck. Unfortunately, Spielberg’s scheduled forced him to depart the project, resulting in productions issues that eventually resulted in a, let’s just say, somewhat disappointing final product. And no, before you ask — the box office figure quoted below is not a typo. 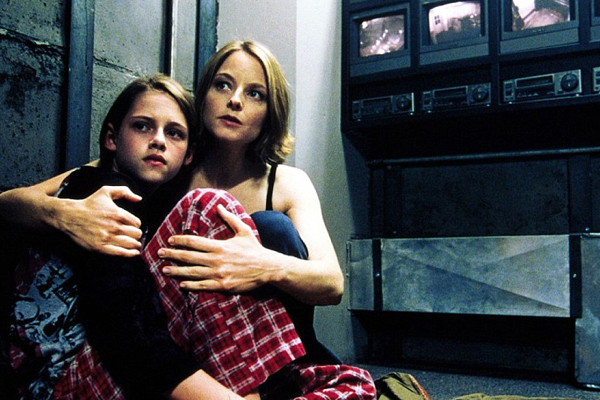 Another David Fincher vehicle, this one starring Jodie Foster and a young Kristen Stewart as a mother daughter duo who find them trapped in the titular, state of the art panic room during a home invasion. The film did solid numbers worldwide and attracted a respectable amount of acclaim from critical circles. It also represented a massive payday for the film’s scribe, David Koepp, who remains one of Hollywood’s most sought after genre writers even to this day.

Talladega Nights: The Ballad of Ricky Bobby (2006) – Will Ferrell and Adam McKay 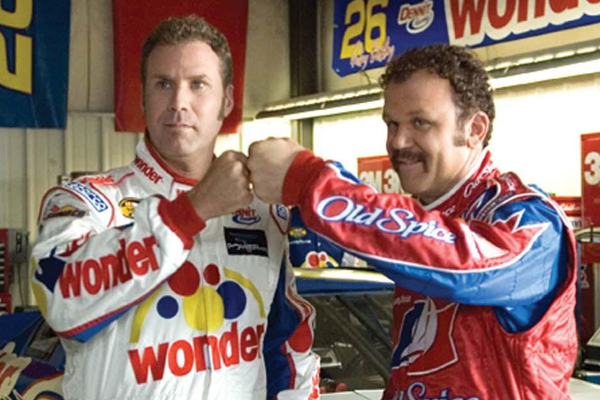 Hot on the heels of Anchorman and Elf, it would seem that Hollywood couldn't get enough of Will Ferrell (speaking of which, they still can’t). Written alongside frequent collaborator, and fellow SNL alum, Adam McKay – who most recently directed 2015’s The Big Short – Talladega Nights presented a lovingly satirical look at the world of NASCAR racing. The script sold for a massive 4 million dollars – money well spent, given that the film won above average reviews and a more than respectable box office take.