The Importance of Reversals 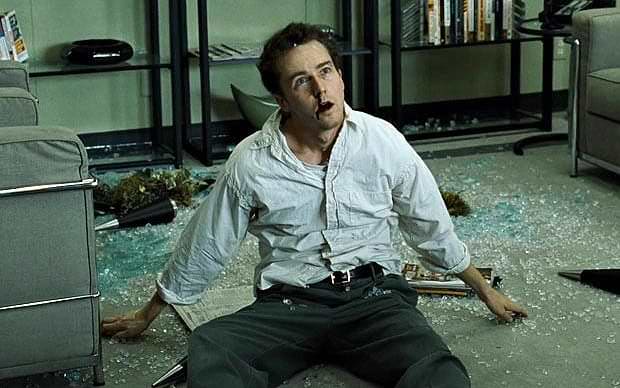 In last year's GOOSEBUMPS, there is a moment near the end of the film where Jack Black, playing GOOSEBUMPS writer R.L. Stein says, “a story is comprised of three parts. The beginning, the middle, and the twist.” Obviously, this is meant to be funny, but he’s not entirely wrong. A twist or a reversal, as I’ve learned to call it are moments in your script that turn your story on its head. I would say that the end of your script doesn’t need a twist, though if it has one then that’s always a plus, but each scene or sequence within your script should.

Referring to reversals as a twist can give them a bad name. Anytime I hear the word "twist" I'm bombarded with visions of left-field, often unearned plot turns, the likes of which M.Night Shamalyan has built a career off of. A reversal; however, is an incredibly useful tool used to heighten the conflict and emotion of your story. These babies should come at the end of whatever scene you may be writing.

Reversals can be as melodramatic as a soap opera – a long-dead brother returns from the grave only to later be revealed as a long lost twin, for example – or as subtle as a conversation that simply does not go the way your protagonist planned.

Reversal’s keep your story interesting and the audience actively involved in your characters. What’s important is that the size of the reversal both matches the tone of your story and its place in the script. For instance, a reversal towards the middle or end of your film may be much bigger than one at the beginning simply because at this point your story should be barreling towards its climax and pushing the emotion and stakes to their limits.

While a reversal at the beginning simply helps set the stage for problems that will occur later. For instance, in the original IRON MAN film Tony being attacked by one of his own weapons at the beginning of the film. This is a small reversal that sets up the emotion towards the end of the film. Being attacked in the middle of a war zone is not surprising, Tony being attacked by a weapon of his own making makes that reversal much more meaningful and alerts the character to an important plot point — his company has been double-dealing without his knowledge. This echoes later on in a bigger moment when (SPOILER ALERT) the person double-dealing the weapons has been his father’s closest friend and business partner.

Another example? How about FIGHT CLUB? Of course, we all remember David Fincher's classic for its iconic third act twist, but what about the scene in which the narrator literally beats himself up in order to extort his boss? Not only does this moment serve as a reversal of audience expectations, it also acts as a character building moment by demonstrating the fundamental changes to the narrator's personality under Jack's influence.

Reversals are useful tools to keep your story exciting and fresh. It adds an emotional element and is one of the easiest ways to add conflict into your script. What I love most about creating reversals is that they challenge the writer to think outside the box. Many of my scripts start out in their most cliche form. Sure surprises are in store, but usually, they’re very familiar elements and plot twists that we’ve all seen before.

This helps to create a base for my plot. I can see the beginning and the end and where I would like the story to go in its simplest form. Once this has been laid out I go through the scenes and think of ways to “stir the plot” or shake things up in unexpected ways.

In TV these reversals are frequently referred to as "buttons" they are placed at the end of each act — as well as at the end of your scenes. Normally these "buttons" tend to be bigger reversals — the idea being that it keeps the audience from changing the channel between commercials.

Sometimes you can work these out in your outlines if that works for you, but I find seeing the story in its fullest form prevents me from writing myself into a corner. Elements of the plot will change depending on the obstacles and reversals added to rewrites, but knowing where your story goes can help to prevent you from writing yourself into a corner which may cause you to pull a deus ex machina, which can be a difficult thing to pull off without making your audience feel gypped.

So when you’re preparing for your next scene on top of always examining that each scene carries character and story forward, but that each scene ends in a reversal, you will keep your audience guessing at every turn and keep them wanting more.