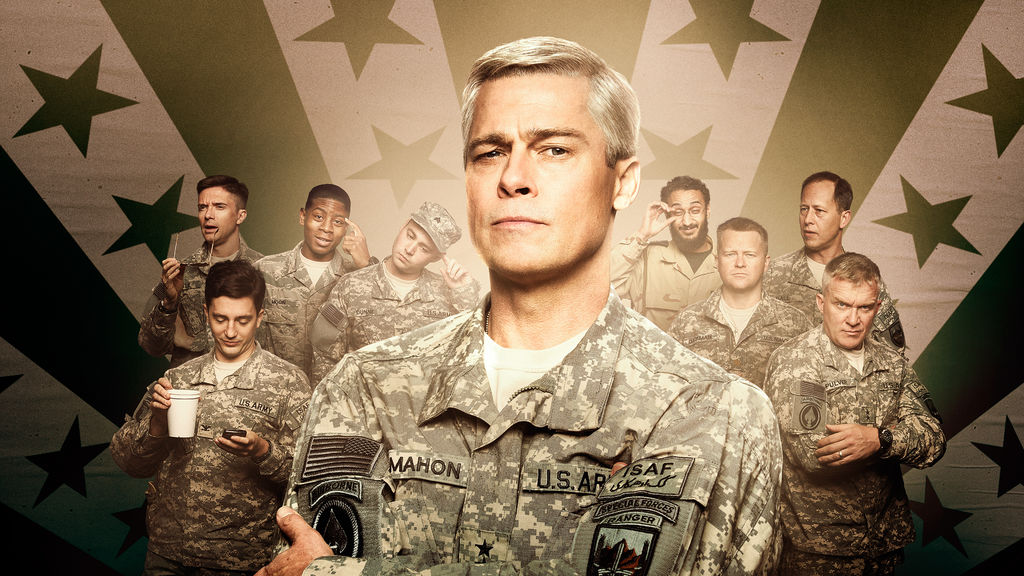 Australian filmmaker David Michôd is perhaps best known for his 2010 film Animal Kingdom, a crime family drama loosely based around a historical string of events in and around Melbourne. The film was a hit both domestically and abroad, garnering heaps of critical praise and numerous awards. It also went on to spawn an American adaptation set in California, which is currently airing now.

Since 2010, Michôd’s kept busy with other projects like 2014’s Rover, a Mad Max-esque post-apocalyptic drama starring Guy Pearce and Robert Pattinson. His latest project is the Netflix-distributed War Machine, a quasi-adaptation of Michael Hasting’s best selling political exposé, The Operators.

Interestingly enough, War Machine is The Operators in broad strokes only. Unlike the book, the characters in War Machine are fictionalized. And while the general plot hits many of the same beats, a ‘true story’ it is not – at least not in the traditional sense.

Michôd recently joined Jeff Goldsmith on the Q&A Podcast for an in-depth talk about the making of the film, sponsored by us here at WeScreenplay.

Here are 10 things we learned: 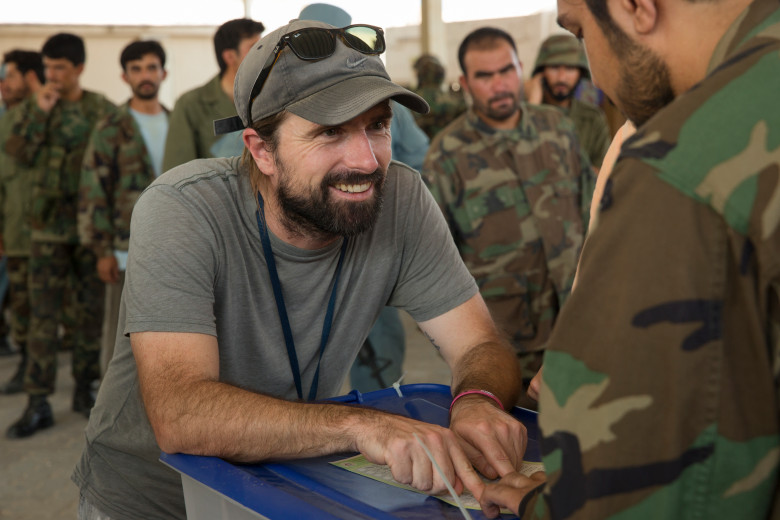 It’s about the journey, not the destination.

“When I was making Animal Kingdom a friend of mine – who had already made a movie – said ‘enjoy the experience, because you’ll only get to have the experience of making your first film once’… And now I understand that. What I miss in a way is that feeling I had before Animal Kingdom which was this incredible feeling of excitement and anticipation, and dreaming about a future that may or may not have waited around the corner.”

Working with a budget isn’t as different as you think.

“Even making something as big as War Machine didn’t feel that different in a practical sense from making the little short films. You’re locked in a little bubble… It doesn’t really matter if it’s just you and three friends, or if there are 150 trucks outside. The experience itself kind of feels the same.”

“(The writing) unfolded surprisingly quickly. The decision was made really very early on that – I wanted to change the names because I like the freedom of creative wiggle room that that allows. It’s not that dissimilar in a way to what I did with Animal Kingdom, which was also based on a particular event in Melbourne history.

But I knew then as well I didn’t want to feel somehow obliged to tell that story specifically… I wanted to take that world… and use it as a kind of template, a skeleton to hang my own flesh off of. And this felt the same to me (War Machine).”

“All biopics are basically works of fiction that pretend not to be. And even if you have things that are recorded – I don’t know what these people think about when they lay in bed at night, I’m not privy to the strange behavioral machinations of the conversations behind closed doors. I don’t want to pretend to know. As soon as I start writing – even if it is loosely drawn from someone – that someone becomes a character and not a person.”

“I didn’t want this film to somehow get boxed in – to seem to be suggesting that the events of this movie were some sort of dysfunctional aberration. Everything this movie has to say isn’t just about the one and a half to two year tenure of Stan McChrystal. It’s actually about 16 years of Western war folly in Afghanistan. To me, this movie is about everything that precedes this movie, and everything that follows.”

War Machine’s absurd tone is what excited Michôd most about the project.

“One thing that excited me about the idea of making this film was that I started to see this movie that was tonally strange, and that didn’t necessarily fit into one of these kind of pre-existing templates… When I had been thinking about making the movie that I might make in one of these contemporary theaters of war, I always assumed that it would probably be a movie about the horror, the brutality, and the sadness of the battlefield, but I couldn’t find my way in. I couldn’t find the story, and I couldn’t find the characters.

Also there was a resistance that I felt, because I felt I was really just contemplating making the sort of movie that everyone makes about these contemporary theaters… It occurred to me that what was missing was the sort of sharp and stinging critical analysis of the institution as a whole that was so prevalent in movies post-World War 2 and post-Vietnam.

Then Jeremy (the producer) brought me the Michael Hastings book, and I started to see my way into this world that was about this much larger machine. That was about the hubris and absurdity and the complete disconnection between the upper echelon and life on the ground.”

Concern over the film’s tone was a recurring studio note.

“The one (note) that I remember was the idea that the movie was going to be tonally discombobulating. There was something exciting about that, but the danger was that you’d perceive this tonal discombobulation as a mistake as opposed to the actual point of the movie. A movie that isn’t just about the insanity of war but is actually insane itself. And so we just sort of had to keep our eye on what would be the handrail throughout the movie, which ended up becoming Scoot McNairy’s voice over – that we had at least some semblance of a voice of rationality giving us some distance from the characters and the events that we’re watching.”

Establishing point of view is an essential part of the adaptation process.

“You go through the book – identifying passages or moments or events that feel thematically relevant. One of the key differences is that the book is about Hastings experience as a war reporter spending time with a four star general… I knew I didn’t want the journalist to be the protagonist. I don’t like films that have journalists or some other form of professional observers as their protagonists. They just feel so ancillary to what is going on – they really are people that can sort of walk away at any point. I knew I wanted to make a story about the general and the machine around him.”

“I like the framing of (voice-over). And when it’s well-written, it can give a movie another layer of literary experience. But I had always wanted to do whatever I could in this instance to see how far I could go without using it at all. I didn’t want the film to ever feel like the takedown of a General by a Rolling Stone reporter. (Initially) I wanted Scoot’s character to be like the mosquito that takes down the elephant.”

“In a way, what I had originally envisioned was that there would always be two points of views – a schism between the upper echelons of the military and the guys on the ground. And that in order to feel the disconnect between the guys upstairs and the guys on the ground, they should feel like two different worlds. But it felt also that in order to navigate those waters, it felt beneficial for us to introduce that third point of view – that kind of seeming voice of reason (referring to Scoot McNairy's voice over).”

When writing, learn to ‘surrender to the day’.

“I never have a page count. One of the most valuable lessons I learned very long is the value in surrendering to the days when nothing gets written. Usually it’s because I’ve come up against a wall where I have a problem to solve in order to keep writing. In the old days, I would panic… But quite often the way of solving those problems is to think it through casual. Surrender to the day, throw it in the brain oven, and let it cook. Sometimes a day of thinking can be more useful than a day of putting words on the page.”

For more from Jeff Goldsmith’s interview with David Michôd, head on over to the Q&A Podcast website!