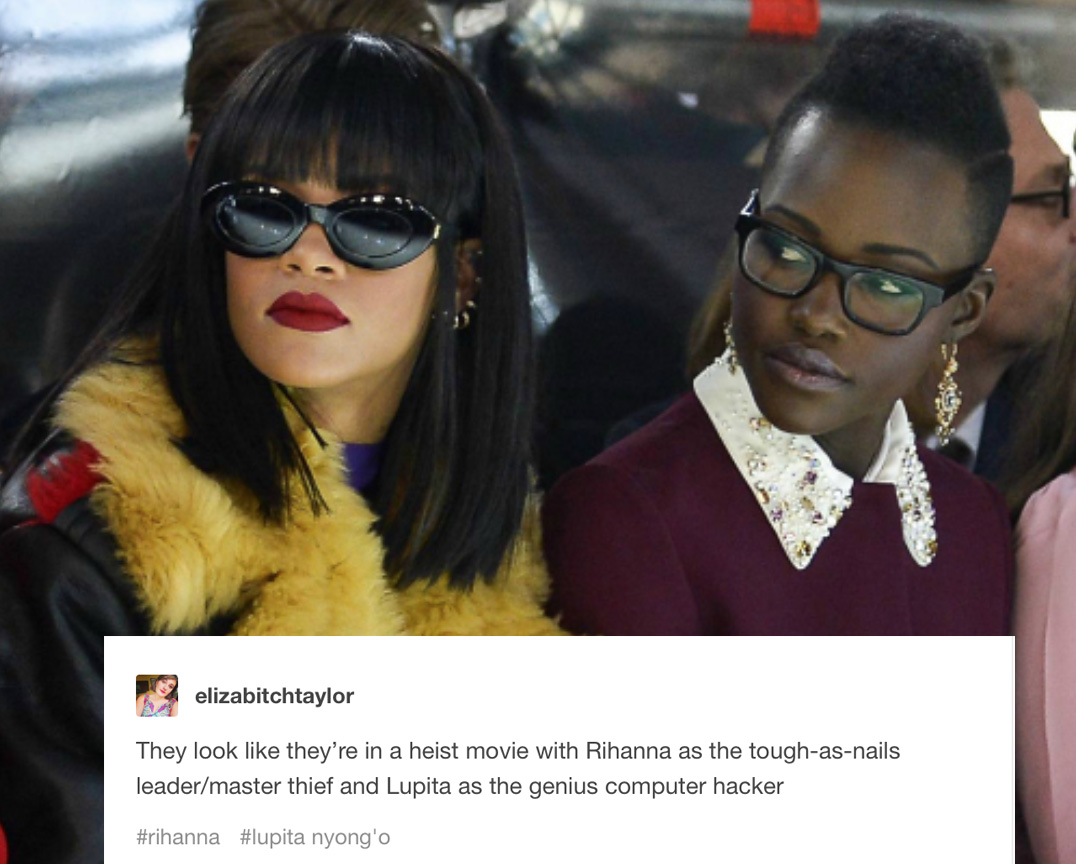 They say a picture’s worth a thousand words – or, in this case, a cinematic adaptation of a viral sensation courtesy of some of the most talented filmmakers in the industry today. The photograph in question (see above) is at the center of one the hottest deals to come out of Cannes this year – though ironically, it has nothing to do with any film actually playing at the festival itself.

Instead, the image, taken of Rihanna and Lupita Nyong’o at the 2014 Miu Miu Fashion show, sparked a Twitter sensation earlier this year, with fans across the web crafting an intricate buddy movie around the two stars. The elevator pitch? A caper flick featuring daring cons, a tough as nails master thief, and her tech-saavy computer-hacker partner. To quote the tweet that started it all, "“Rihanna looks like she scams rich white men and lupita is the computer smart best friend that helps plan the scans."

You can totally see it, right? Which is why Ava DuVernay (Selma) and screenwriter Issa Rae spent the majority of their time at Cannes shopping the project to potential buyers. Netflix eventually came out on top following an aggressive bidding war, with production set to begin sometime in 2018 after the release DuVernay's next film, A Wrinkle in Time. By the way: that film, which is based off a beloved children's novel, has a reported budget upwards of 100 million dollars, making it the most expensive film ever directed by a black woman.

Crazier still is that the Internet was able to bare witness to the earliest stages of the project's development. As the viral swell swept across the web, Rihanna, Nyong’o, DuVernay, and Rae each took to twitter to unofficially pledge their support to the then-hypothetical dream project: 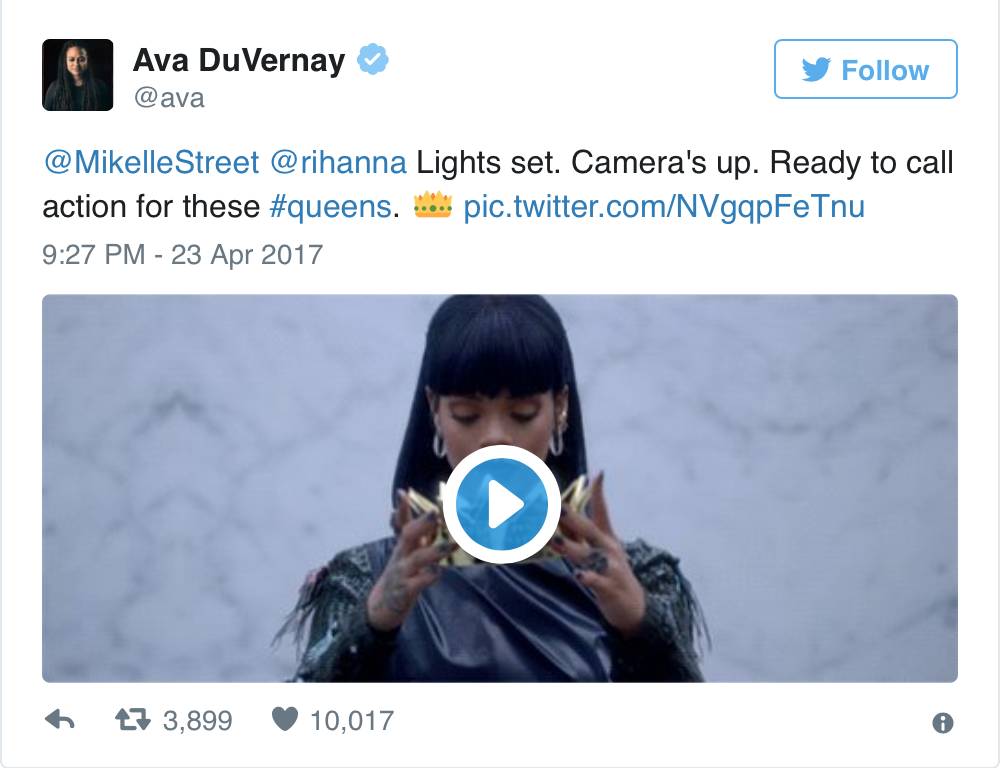 It’s unclear just how close the final film will stick to its crowd-sourced pitch, although Rae’s reps tell Vanity Fair that the original viral fever-dream of ideas will be included in some shape or form. How's that for collaboration?

It’s hard to understate the importance of a deal like this. These are some of the most acclaimed, talented figures in cinema today coming together to collaborate on a film concept that couldn’t sound more fun if it tried. More importantly, it gives us reason to hope that diversity in Hollywood is continuing to inch forward, however slowly. Because as excellent as films like 12 Years a Slave, Moonlight, and Selma are, the idea of a high-profile, high-budget caper flick from the minds of four talented, black women is one of the most refreshing ideas we’ve heard in years.

Like Get Out before it, what we have here is potentially a bold new take on a familiar set of genre tropes. We’ve all seen heist movies before, from Oceans Eleven to Heat, but it’s been years since a caper flick’s had us this excited. It just goes to show how a new perspective (both in front of the camera, and behind it) can make the familiar feel like new again.

It also highlights the important role subscription-based digital distribution models continues to play in giving diverse filmmakers a platform for their stories. Netflix has two films competing for the Palme d’Or this year – one such film, Okja is the brain child of acclaimed South Korean film direction Bong Joon-ho (Memories of Murder, The Host). It’s a high-budget affair about a massive, pig-like animal and a multi-national corporation, featuring an international cast of stars headlined by Tilda Swinton and Ahn Seo-hyun.

It’s safe to say that, without Netflix, a film like Okja might not have seen the light of day. The same could be said of Dear White People, which released on the platform last month to stellar reviews. It would seem that, unchained from Nielsen ratings and the toils of opening weekend box office, Netflix (and other streaming titans) are free to pursue riskier, more challenging ideas than the average Hollywoo studio. And, while it’s easy to empathize with frustrated theater owners who see the changing tides as a threat to their business, the diversity and quality of the content is hard to deny – particularly for diverse filmmakers whose stories are routinely cast aside by a risk-averse industry. 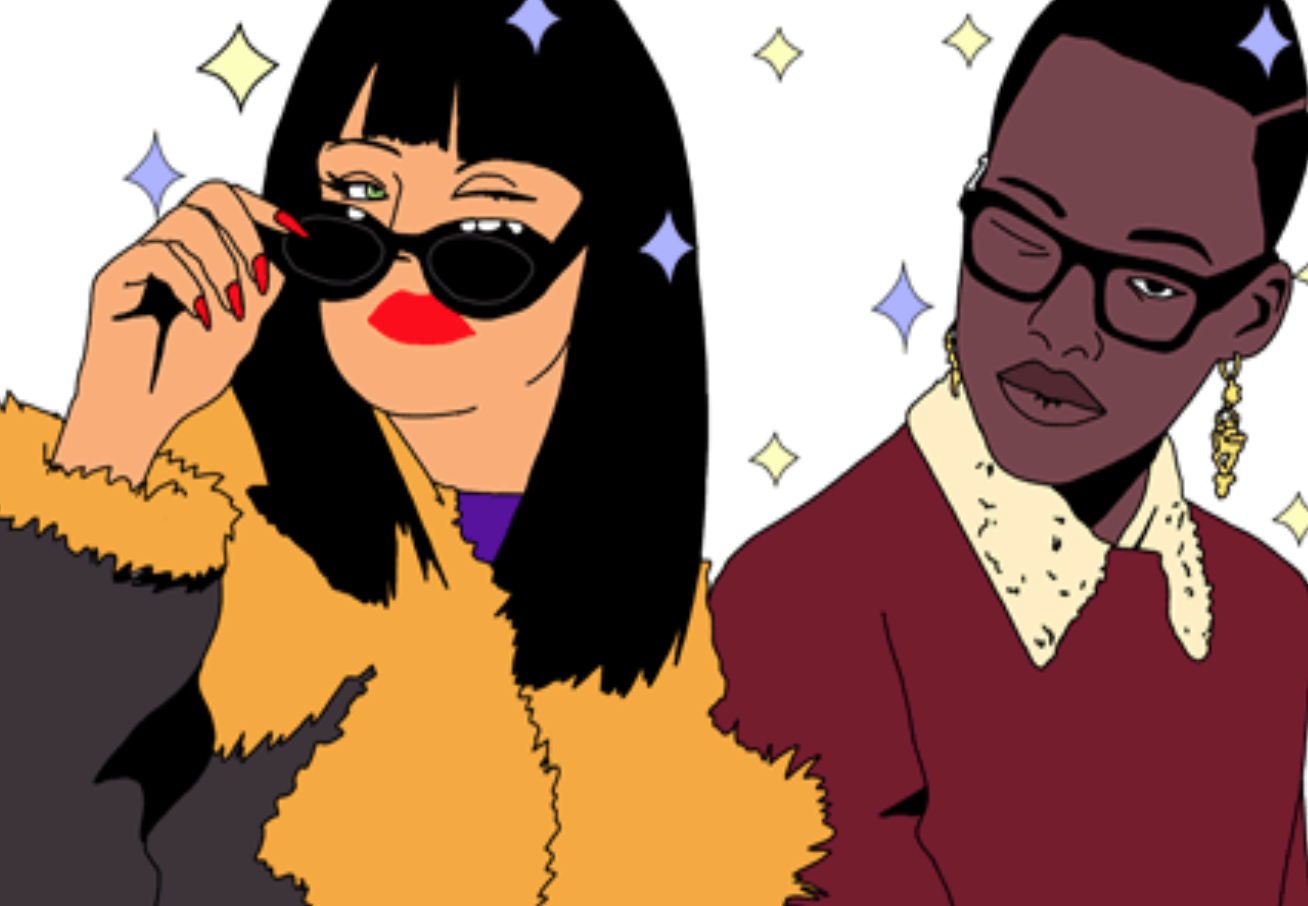