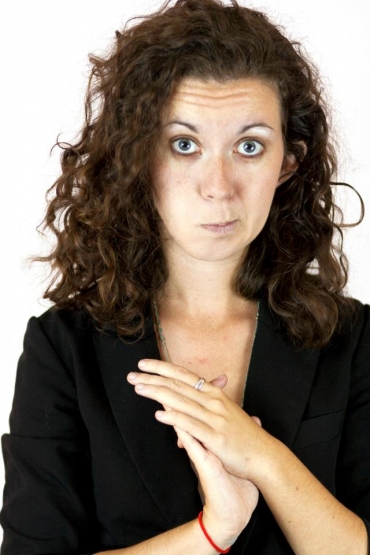 I don't know why you got into the business of writing, of grasping at words to explain the images in your brain, and editing within an inch of your life. For most, it's a kind of call, a transcendent purpose. Otherwise, who would chose to subject themselves to continual criticism, knowing their project will always need more work and never feel up to par? Not to mention the constant struggle to "make it" without anyone really defining what "making it" means, beyond an agent and a job on a show. (And once you get that, there's a whole bevy of problems beyond the wall.)

I think the phrase "making it" needs to go into serious retirement. We don't need it anymore, it's not helpful or healthy for any of us, as writers, to think. I won my category in the Big Break℠ Competition. I'm not too proud to say that it's a big deal. Not just because the word BIG is in the title, but because out of the thousands of people that entered, many of whom are close writer friends who are far more talented than me, my script was chosen. I'm honored and floored and will probably never get over it. I fangirl about it to myself at least once a week.

But I haven't "made it". I work 40 hours a week. I take three 3-hour workshop classes a week (one of the coolest Big Break prizes). I'm juggling three different projects as well as writing another spec because it's fellowship season and that's what you do. I only see my roommates once a week for about two hours.

Some people think you "make it" when you move to LA. Some think it's when you get your first industry job. Some think it's when you win a contest, or work on a show, or even write on a show. Because even though I've personally only accomplished some of those milestones, I have friends who are further ahead in their careers and I can tell you that there are still frustrations and disappointments and questioning "when will I finally make it?"

I'm not trying to discourage you from anything. Work hard. Get your stuff out there. Enter Big Break. Learn as much as you can and get yourself into as many situations as possible. This is all good for us as writers, and absolutely worth it, but not in the way you may think. The answer to "when will you make it?" is this — it's when you finally finish that script. When you break a story point that's eluded you. When you meet people through contests, who both change your life and make you a better writer. When you take classes that encourage and excite you. When you learn something new about story. You finally "make it" when you decide to "make magic". And that magic is worth sharing with everyone.

Meghan Fitzmartin did not go to school for screenwriting, but does it anyway. She recently won Final Draft's Big Break℠ Television Spec Category with her Arrow script and her pilot, Vigilante Theorem, won LA Femme Film Festival's Best TV Pilot Script. When she's not working or writing, she's reading comics and recording her podcast Wine & Comics. You can follow her on Twitter: @MegFitz89