So you’ve finished a draft of the next hit screenplay, and you feel like you’re ready to start shopping it around Hollywood. But you hit a snag: how do you know if it’s good enough to show to people? This is where a script coverage service comes in.

Now, what is exactly is script coverage? Basically, it’s a service where screenwriters pay to get detailed notes on their scripts. These notes can include a two-page synopsis, a logline, and feedback on the screenplay including things that worked, things that need improvement, pacing issues, logical errors, etc.

Here are a few reasons how you could benefit from script coverage:

1. Get Outside of Your Head

A lot of screenwriters spend so much time invested in the world of their screenplay that once they finish a draft, they can’t see their script objectively.

It can be shocking to be pulled from your bubble and see the flaws in your writing, but it’s all to improve your screenplay. A reader won’t sugar-coat their feedback and will give you constructive advice on how to fix the problems within your script.

Getting script coverage is your opportunity to put your work into the hands of someone else, and see your writing from another perspective.

2. It Can Give You an Unbiased Opinion

You can send your script out to as many friends and family members as you like, but that always runs the risk of them telling you what you want to hear so that they don’t hurt your feelings.

If you get script coverage on your screenplay, then you can guarantee that it’s in the hands of a seasoned reader who has been vetted. They will give you constructive feedback that is meant to improve the success of your script because it’s their job!

Whether this is your first script or you’re a seasoned writer, your reader will treat each script the same way. Even if the feedback comes out harsh, they have an intimate understanding of what makes a screenplay work.

3. You Get a Synopsis

Nearly every coverage service provides a synopsis, where the reader lists all of the major plot points and beats of your script in one to two pages. This can help tremendously in the rewriting process, as it boils your story down to its essential elements.

With a synopsis of your script, it allows you to take a step back and look objectively at your work. Focusing on the small details is all well and good, such as dialogue and action, but it means nothing if the overarching story is lackluster.

With a synopsis, you’ll be able to see the big picture of your screenplay and hone in on what doesn’t work.

4. It Can Prepare You to Query

If you plan to submit your script to an agency, production company, or studio, then getting coverage for your script is crucial.

If you end up getting past the gatekeepers and somebody at an agency actually reads your script, you’ll be getting coverage anyway. Only this time, you won’t get to read it: it’s for higher-ups to know whether or not to pass on your project. Even if you enter a screenwriting competition that provides coverage, you won’t get the opportunity to improve your script.

If you take the time to get script coverage from a service, then it’ll give you a better perspective on whether your script will make it past that first agency reader.

5. It Gives You Perspective on the Market

When a reader gets to your script, they’ve probably already read hundreds of other screenplays at that point. And even if your script has terrific characters and a fantastic hook, the chances are that they’ve read other scripts with the same premise.

So much of the film industry relies on timing. If you’ve written a sci-fi script right when many sci-fi knock-offs hit the market after the success of some Blockbuster film, then it’s going to be that much harder to get your script noticed, regardless of its quality.

Sending a script out for coverage not only tells you whether your script works or not, but also if the market is right for it. This way, you can get an idea of your screenplay’s commercial viability compared to what other scripts are out there in circulation.

Sending your work out for coverage can be daunting, but it’s ultimately the best move for you to bring your script to its next level. Make sure you’re ready to get feedback, and that your screenplay is nice and polished before you send it out! Most importantly, find a reputable service that you know you can trust.

Or, get a free first impression on your script.

– All prices available for scripts up to 120 pages. Scripts over 120 pages will be charged an additional $1.00 per page for Basic and Full coverages and $2.00 per page for the Premium coverage.
– Rush coverage (24 hours turnaround time or less) is available for an added fee.
– Please allow an extra 24 hours if you request a specific reader.
– While we always attempt to fulfill our promised turnaround times, and succeed in doing so more than 99% of the time, occasionally heavy traffic, staff holidays, or uncontrollable events prevent the coverage from being returned within the promised turnaround time. Coverage delayed less than 24 hours is not subject to any refund or compensation. Thank you for your understanding. 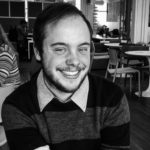 Thomas Blakeley is a screenwriter, playwright, and musical theatre lyricist based out of Los Angeles and New York City. A graduate of The New School, he is passionate about the arts, social justice, and all things nerdy. He can usually be found scouring the horror section of a local bookstore.